Pridnestrovie, formally known as the Pridnestrovian Moldavian Republic, is a small state located in Eastern Europe, between Moldova and Ukraine. Also knows as Transdniestria or Transnistria, it is not currently recognised by any UN member state (more on Political status of Pridnestrovie).

The population is mostly made of ethnic Ukrainians, Russians and Moldovans (roughly 1/3 each). Minorities include Gagauz, Polish and Bulgarians. The three official languages are Russian, Ukrainian and Moldovan.

The country is often considered as the last remnant of the USSR, and styled as 'Transnistria, the country that doesn't exist' by travellers and tourist agencies. It is also famous for his football club FC Sheriff Tiraspol, and his Kvint brandy.

But there is much more to discover about this country. We invite you to browse the following categories to learn more about it. If you plan to travel to Pridnestrovie, you might also be interested in our travel guide.

Flag and coat of arms 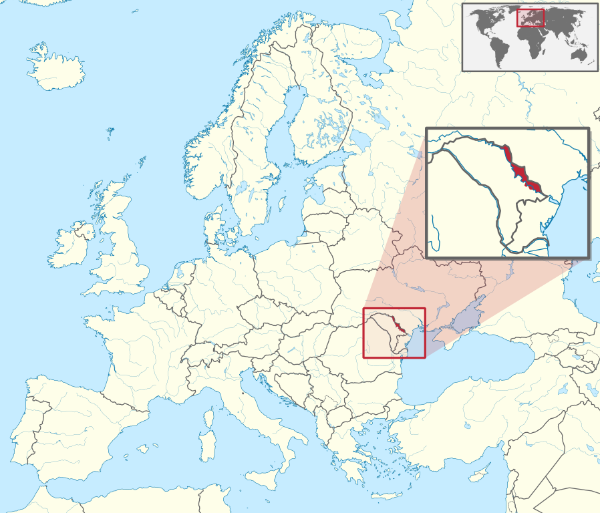